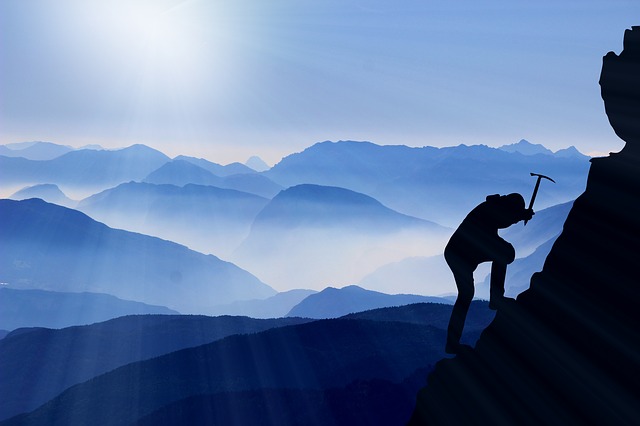 The book You Are Not So Smart by David McRaney documents a vast collection of irrationalities that we all carry in our brains. This is a topic that I’m interested in and written about before.

My motivation is simple. If I can recognize and let go of my irrational thinking and behavior, I’d make fewer misjudgments and become more successful.

By the way, this strategy is called inversion. Instead of working toward your goals directly, detect the obstacles in front of you, and eliminate them.

Becoming Aware of Our Biases

Becoming aware of our cognitive biases is easier said than done. First, we need to know what those biases are.

That’s why learning about them from the books like the one above or Thinking Fast and Slow by Daniel Kahneman is essential.

Second, it requires mindfulness. It’s easy to miss our biases if we don’t pay any attention to them.

There are two concepts in the book that are relevant to success and motivation. These are extinction burst and learned helplessness.

Extinction burst means eliminating a behavior by not reinforcing it. A behavior is reinforced when it is rewarded.

A typical example is when a toddler throws a tantrum in the grocery shop to receive candy. If the child gets the candy, he or she will keep doing the same.

This behavior can be prevented by not rewarding it with candy. After a few unsuccessful attempts, the child will give up.

When animals are in an adverse situation, they are trying to get out of it. If they can’t get out of the situation after a few attempts, they give up.

The situation might change. The animal might grow and become stronger. Or the obstacles preventing it from escaping might be removed. But the animal will still remain in the dreadful conditions.

What Does Extinction Burst and Learned Helplessness Have to Do with Success and Motivation?

Success in life comes in spikes after long periods of plateaus. If you start a business or get involved in a new endeavor, you’ll likely see no results for a long time.

You need to go through those long stretches of dry spells to see the light at the end of the tunnel. Unfortunately, extinction burst makes you give up after a period of poor results.

Most of the time, rewards are hidden deeper than we are willing to dig without seeing any results.

Go through a few failed attempts, and you might succumb to failure and give up altogether, which is a manifestation of learned helplessness.

Knowledge Is the First Step

Knowing the concepts of extinction burst and learned helplessness is the first step to overcome them. The second step is to find rewards in our way to victory.

At the beginning of the project, our initial enthusiasm provides us with sufficient drive to keep going without giving up.

We need to find other methods of motivation when our initial enthusiasm fades.

Get Into the Feeling of the Victory

If you love what you’re doing and you’d do it even if you aren’t paid, that’s enough motivation to keep doing it.

If that isn’t the case, you can motivate yourself by visualizing the victory and getting into the feeling of it. Just seeing yourself there isn’t enough.

You need to dive deep into the feeling of the victory every day. That’s a way to reward yourself even if you didn’t receive any material rewards for a long time.

Another way of motivating yourself is to look at the secondary benefits of your project. Lewis Schiff calls this cherry on top in his book Business Brilliant.

These are the benefits you’ll get even when your project fails. These benefits can be an extended network, more experience, and an increased profile.

You can also track other metrics than your primary reward.

For example, you can focus on social media likes, followers, email list subscribers, active users, and so on until you can convert all of them into financial success.

Let Go of Your Attachments to the Results

Last but not least, you can let go of your attachment to the results while still working toward them.

I know this isn’t as easy as it sounds. To make this bearable, some people set deadlines. For example, Sacha Baron Cohen gave himself five years to succeed in his acting career.

Can you work on an endeavor without seeing any results for five years?

Most of the time, success requires long stretches of work without seeing any significant results. This makes most people give up because of a program ingrained in our psyche called extinction burst.

If we fail at a few projects, another program called learned helplessness might kick in and prevent us from trying one more time.

To overcome extinction burst and learned helplessness, we need to know what they are and that we are susceptible to them.

We also need to find our motivation by other rewards than the payoff at the end.

Success comes to those who don’t give up.