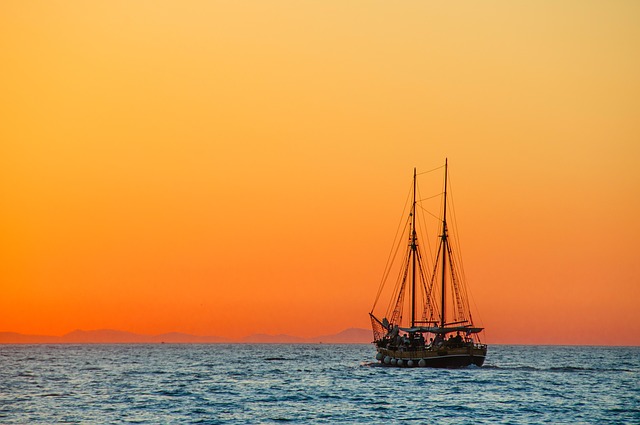 Imagine you’re on a ship with a bunch of people. Once in a while, one of those people get to the wheel. They change the direction of the ship to their liking. They use all the resources of the ship to sail in the direction they want. Once they’re satisfied, they sit down.

After a while, another person stands up, gets to the wheel, and does the same. Sometimes, two of them get to the wheel at the same time. They try to steer the ship toward the opposite directions.

The ship doesn’t have a clear direction. It burns a lot of fuel, but it doesn’t make any progress toward a specific direction. Time passes, and you know you have a powerful ship. Yet, you’re sailing in circles near the harbor you left. What’s going on here?

Your Mental Programs Steer Your Life in Random Directions

That ship is your psyche and the characters steering the wheel toward different directions are the programs in your mind.

Once in a while, anger takes over the ship and sails toward a specific direction. Then, fear kicks anger out of the wheel and turns the ship to the opposite direction.

After a while, fear gets tired, and greed takes over. Greed sails the ship toward a completely different direction.

Once in a while, everybody sits down and the ship sails with the current. As a result, the ship doesn’t get anywhere.

If you don’t like sailing in circles, the first thing you need to do is to determine where you want to go. To do that, you can use the Four-Step Exercise to Come Up with a Congruent, Viable, and Compelling Vision.

Once you have a clear vision, it’s time to get to know the people in your ship and tell them who the boss is. You’re not your anger, fear, greed, or dozens of other programs operating in your psyche. You’re the captain that commands them all.

As a captain, you can prevent them from hijacking the ship and steering it toward a direction you don’t want to go. Moreover, you can also appoint each of them whenever it is necessary and give them particular tasks.

For example, you might prevent anger from taking over your ship while you’re having a conversation with your partner. But you might appoint anger when you feel like giving up on a goal.

You might not be able to determine a specific emotion that’s driving a particular behavior. That’s completely fine. In those cases, just identify the behavior as the program that’s hijacking the ship. Those behaviors can be binge eating, distraction, or overreacting.

Identify with Your Consciousness, Not with the Programs Running on It

In the beginning, it’s not easy to prevent some programs from taking over the ship, because you identify yourself with those programs.

When you’re having a conversation with your partner, and you get triggered, you might get identified with anger. Anger fuels you. It makes you feel alive. Deep down, you might feel like your life depends on anger. That’s an illusion.

You need to do that with all the other programs. When you came across a challenge, and you feel like giving up, remember that you aren’t the fear, you’re the consciousness that perceives the fear.

It’s hard to identify with the underlying consciousness and not act on the programs in our psyche. It’s uncomfortable when those emotions are intense. They feel like fire burning in our belly. But just like fire, they will burn away.

Once you identify with your consciousness, you can consciously choose the program you want to run in a particular moment. Again, this is not easy at the beginning, but it’s possible with time and effort.

If you want to learn more about this process, I recommend two books: Big Mind Big Heart by Dennis Genpo Merzel and The Dark Side of the Light Chasers by Debbie Ford.

Your psyche is like a powerful ship. The problem is that once in a while, it gets hijacked by some programs. Those programs steer the ship toward seemingly random directions. As a result, you sail in circles and stay near the harbor you left decades ago.

By identifying with your consciousness instead of the particular programs running on it, you prevent those programs from hijacking the ship.

You can also choose the program that you want to run at a given moment to make progress toward your goals. It’s not an easy process, but it’s possible.