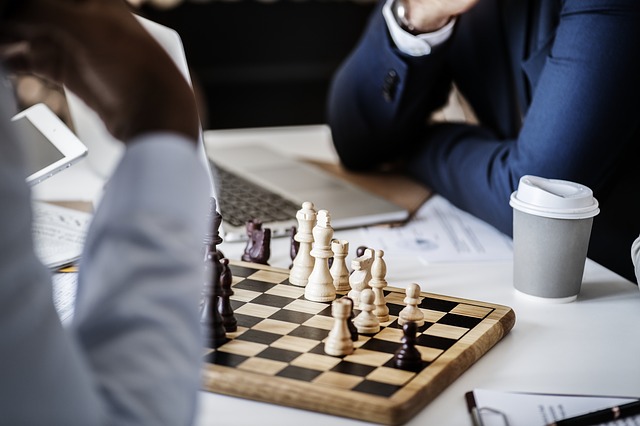 The way we see the world affects the way we approach life. Most of us see life as a zero sum game with winners and losers. That world view is inaccurate. It results in unnecessary stress and poor performance.

Life as a Chess Game

If you look at life as a chess game, there are three possible outcomes for you.

Life as a Poker Game

If you look at life as a poker game, you have again three possible outcomes.

Let’s omit the rake paid to the cardroom. Let’s say that the players can’t add or take away chips from the table.

In this case, the total amount of money on the table is the same at the start, during, and at the end of the game. It is only redistributed among players throughout the game.

Life as a Game with Winners and Losers

Most people see life as a zero sum game with winners and losers. Some people think that they are put in a disadvantageous position. They blame the winners for their losses.

Others think that they have to compete ruthlessly and beat everybody they come across. Needless to say, both approaches are inaccurate. Both approaches make life harder.

Life is Not a Zero-Sum Game.

Let’s take Medium as an example. Let’s say you want to maximize your followers on Medium. Does that mean you have to minimize other people’s followers? No, social media doesn’t work like that. Users can follow as many people as they want.

If you and I produce quality content and offer value to our readers, we will attract more readers and reading hours to Medium.

Think about economy in general. You might think that the money circulating in the economy is fixed. The same amount of money is redistributed among people. That isn’t correct either.

Each year businesses flood the market with goods and services. As a result, prices go down. To fight deflation, central banks print money.

That way, the amount of goods and services and the amount of money in the economy is expected to increase every year. Economy in general is not a zero sum game.

What Is the Best Approach to Life?

If the life isn’t a zero sum game with winners or losers, it doesn’t make sense to blame others or trying to beat them.

If the total value in the system is variable, the best approach to life is to produce as much value as you can.

This game is not about beating each other. It is about beating your past performance. Therefore, the best approach to life is continuous improvement.

In continuous improvement, you measure where you are today. Then, you try to improve your results every week, every month, and every year.

Continuous improvement eliminates all the unnecessary stress caused by trying to beat others. It leads to achieving the best results that you can.