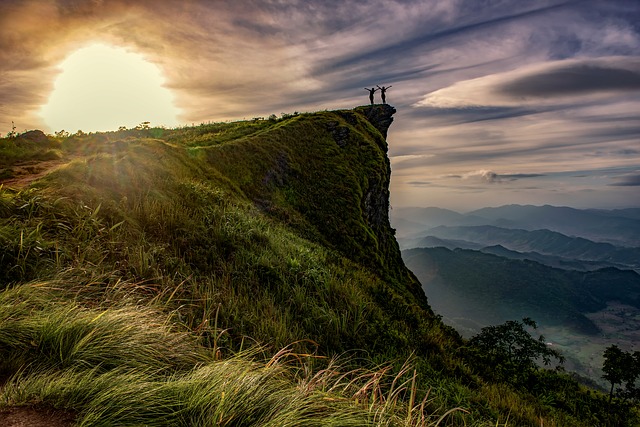 Regulating our emotions to overcome our dysfunctional patterns and to maximize our performance is a topic that fascinates me.

Getting into a specific emotional state works much better than just “thinking” about giving up a bad habit or performing well. Emotions have greater power than thoughts.

There are three steps to use your emotions to get a specific outcome.

Determine the Outcome You Aim For

We have vague ideas about those goals. Do you know which specific daily, weekly, monthly, quarterly, and yearly goals you need to achieve to live a good life and to be an exemplary person?

If yes, that’s great. If no, you need to define those specific, measurable, timed goals first. You can read my posts on analyzing, prioritizing, and scheduling your goals and tasks for that.

Determine the Optimal Emotional State for the Outcome You Aim For

Once you decide on the exact outcome of each moment of your day, it’s time to determine the optimal emotional state for that outcome.

There’s an optimal emotional state for each of those activities, and they can be different from each other.

Doing the actual exercise and resting between the sets require different emotional states when you’re in the gym. You need to know those states. It takes time to figure them out and to learn them.

Mel Robbins, the author of The 5 Second Rule, recommends that you make an if-then list of all the situations that you encounter regularly and the reactions you’ll give in each case. I like that idea.

Just write down all the situations you encounter frequently and write down the optimal emotional state for them. Then go over that list often and practice it until it’s a part of your operational knowledge.

Finding the optimal emotional state in a given situation is not trivial. Imagine you were an American prisoner of war during the Vietnam War. What would be the optimal state to cope with that situation and to survive?

You can imagine that being pessimistic and getting depressed won’t work well in such conditions. Those POW’s gave up and died quickly.

But what about the positive ones who dream of getting released in the next Christmas, Easter, or Thanksgiving? Being an optimist should work out, shouldn’t it? After all, this is what the famous Law of Attraction is all about.

That type of optimism didn’t work out well either. It only postponed the tragic end. The optimistic POW’s survived longer than the pessimistic ones, but at the end, they got heartbroken and died.

There’s a third group who survived the brutal imprisonment. They had a specific mindset. They believed that they’ll succeed at the end, but it will be a long, brutal experience. This mindset is called the Stockdale Paradox.

The name comes from James Stockdale, a senior American officer and POW in Vietnam. He used this mindset to survive his seven and a half year brutal imprisonment. You can read more about the Stockdale Paradox in the book Good to Great by James C. Collins.

Get Into That Emotional State

Knowing the optimal emotional state for a given situation isn’t enough. You should be able to get into that emotional state whenever needed. That means you need to develop that skill in advance.

This is crucial if the event in question doesn’t happen often. You probably don’t make a public speech or a job interview every day. However, you can practice the necessary emotional state by yourself or in other situations in your daily life.

Getting into a specific emotional state at will is a critical skill for success in life.

Success in life requires knowing the outcome you aim for at each moment, the optimal emotional state for that outcome, and the ability to get into that state at will.

Long-term audacious goals require being optimistic about the outcome but at the same time being brutally honest about the facts and facing them. This mindset is called the Stockdale Paradox.

Getting into an emotional state at will is a critical skill. In some cases, you need to practice that skill in advance, especially when you don’t have enough opportunities to practice it in real life.

In essence, know your outcomes, know the optimal emotional state for those outcomes, and learn how to get into that state at will. That’s the way to maximize your performance and success.