Is this the future of social media? 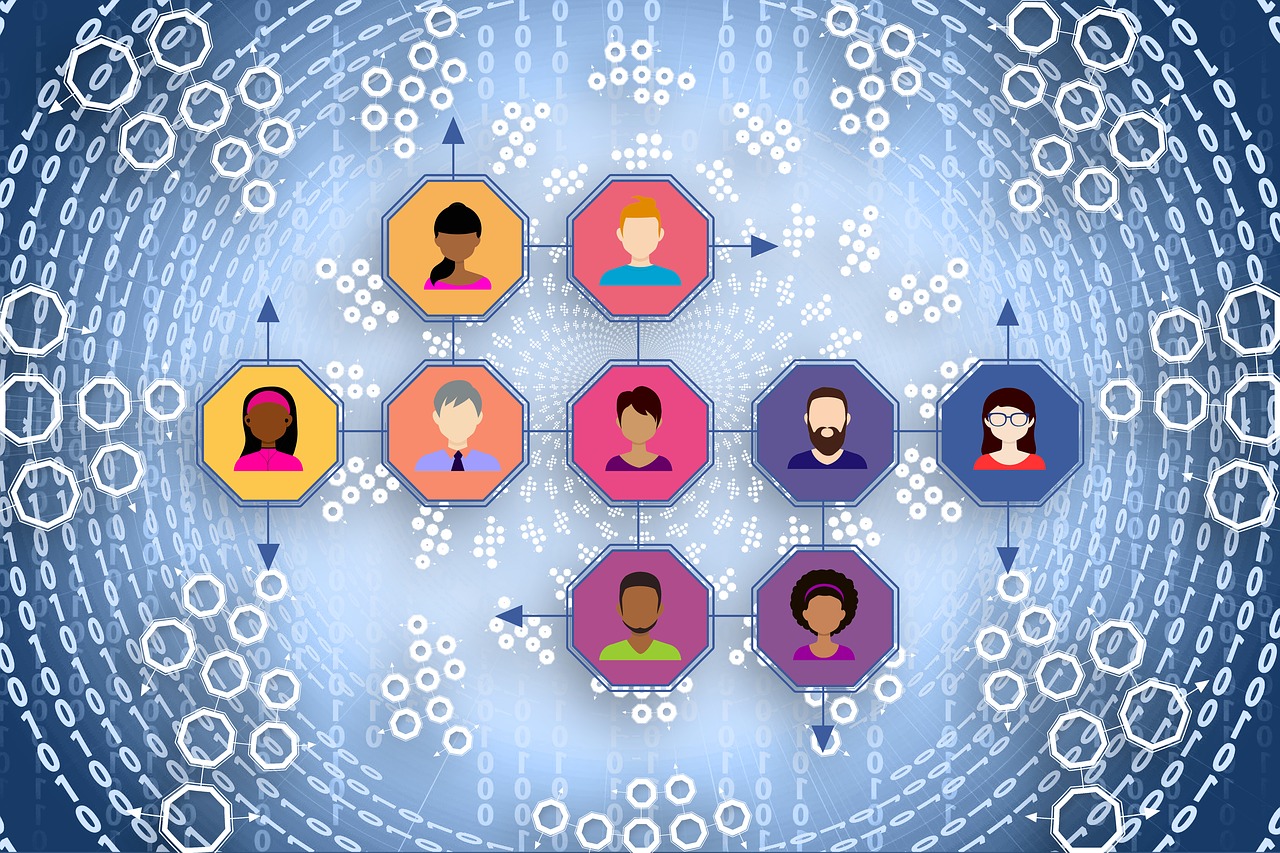 UPDATE February 17, 2018: I have published another post titled A Billion Dollar Disaster of a Business Model about Steemit after using and researching it more in depth.

There are countless social media platforms out there. Facebook, Twitter, YouTube, Instagram, Snapchat, and the list goes on. Of course, Medium is the favorite of us writers. They all have their own way of engaging users and making money. Likes, claps, views, reads, comments, fans, followers, and the list goes on.

I came across a new social platform and they have a superior way of engaging their users. Let’s talk about the business model first and then talk about the website, because as you know, ideas are one thing, execution is another.

The idea here is to pay the users for their engagement. You read that right. They are paying money to their users for signing up, posting, commenting, and upvoting posts.

A business paying their customers? That must be a fraud, a Ponzi scheme. What is the catch here? Are they just harvesting personal data with the promise of cash and not going to pay at the end?

Wow, that was fast, but I get your concerns with all the online fraud nowadays.

Let’s not talk about a specific website. Let’s talk about the feasibility of this model first.

Yes, it is perfectly feasible.

What is the value in social media?

Yes, your attention is valuable. It is valuable for yourself and it is valuable for the advertisers who advertise on all of those platforms. That’s why companies such as Facebook, Twitter, and Snapchat are valued at $500+, $20+, $20+ billion USD, respectively.

Do you really think that they cannot pay some of that cash directly to the end users who spend their valuable time on contributing their content, comments, and likes to those platforms? I think this is perfectly possible.

Now, before I discuss the case study, let me be clear. I’m not making any investment recommendations, neither positive nor negative. I haven’t made up my mind either. I will explain my game plan at the end, but you’re on your own, as always.

I will discuss the pros and contras of this business to the best of my ability and it is up to you to make your own research, observations, and investment decisions and you have 100% responsibility on those decisions.

Having said that, let’s continue with our case story. The website that I’m talking about is Steemit.

The Business Model of Steemit in Two Sentences

Users purchase influence on Steemit and that income is redistributed to the users and the administrators of the platform.

What does influence mean on Steemit?

If you have a high influence on Steemit, your upvotes have a higher weight compared to others. That means you have more influence on determining which posts and comments will be distributed to the users.

But wait, isn’t that a Ponzi scheme?

“Some users are paying other users after a cut to the administrators. The newcomers are paying the older users. That sounds like a Ponzi scheme to me.” If that’s what you’re thinking, read the next question.

Why would I pay for influence on Steemit?

Well, probably, you wouldn’t. But there are a lot of people and institutions who would be willing to pay big bucks to influence what’s distributed on social media. Think about an election cycle and the supporters of the candidates getting into a bidding war.

Influence is a valuable commodity that has its expiration date. It has to be repurchased with money and/or new content frequently, both of which benefit Steemit. That regular and frequent inflow of money and content to get influence on this system makes Steemit a sustainable business, at least in theory. That invalidates the Ponzi scheme argument.

Kind of, but not the same. We can say that the mechanism is different, but the effects are similar. The more influence you have, the more you can promote a post.

Unlike Twitter and Facebook, you can increase your influence by getting your posts upvoted by others. So, there’s a way to receive influence for free by contributing content that receives upvotes by others.

Your influence fades over time. That means either you have to buy more influence or provide the community with sweat equity in the form of content or curation, i.e. upvoting, to top up your influence.

You make this sound like Unicorns and Rainbows. Doesn’t it have any downsides?

Unfortunately, it does. I wish it was all unicorns and rainbows, but it has its downsides. If it was a perfect product, it would have a huge impact on society by now. It doesn’t. Moreover, if it was already perfect, there wouldn’t be an opportunity to invest in it right now.

As they openly declare under their title, Steemit is in its beta phase. That means the website is not officially launched yet. It is in its testing phase. Unfortunately, I came across a few bugs using it.

I don’t mind a website having bugs. Even Facebook had bugs and probably still has. But a platform that has its own cryptocurrency having bugs is another thing.

“Do I feel comfortable investing my hard earned cash into a cryptocurrency that might have bugs in it?”

That’s a question I’m asking myself and you should too.

Considerable Changes to the Rules of Economics

The rules of creating and distributing new tokens have been changed in December 2016. This is a huge red flag for me. Frankly, this made me think of skipping this cryptocurrency altogether. Even the slightest change to the rules can result in huge impact on the price of the cryptocurrency.

The fact that the administrators can make dramatic changes in the economic rules of a cryptocurrency is a huge red flag. Those changes can result in huge losses or profits.

Before delving into the changes, let’s go over the two tokens offered by the system.

Steem is the base currency. It’s liquid. That means you can convert it to other assets such as Bitcoin anytime you want. It doesn’t grant you any influence on the Steemit platform. Neither does it earn any dividends.

Steem power is the “preferred” token. It is illiquid. You can’t convert it to other assets any time you want. You can only start a conversion schedule, which means it will take you 13 weeks to liquidate it.

Steem power grants you influence on the Steemit platform. It earns dividends in the base currency, i.e. Steem.

The platform requires your email and mobile phone number. We are used to entering our email when registering to websites, but a lot of people will have concerns about entering their phone numbers to register to a website.

Long registration process is a huge downside of Steemit. A lot of people sign up to a social platform just because they see something interesting and they want to react to it. If they can’t do it immediately, the window of opportunity is lost and that user is lost forever.

Sure, there are some quality posts on Steemit, but the platform is in its infancy. You shouldn’t expect the same quantity and quality that you can find on other platforms such as Medium.

If this business model has some traction and other major platforms such as Facebook feel threatened, they can easily adopt the same business model to prevent their existing users from fleeing to Steemit.

We know how Mark Zuckerberg is eager to copy the features of Facebook competitors. It’s a wise thing to do and it works for Facebook.

The performance of the Steem token is correlated to the crypto market, which is led by Bitcoin. That means, if money flows out of Bitcoin, money will flow out of Steem as well, at least in the short term.

That means investors of the Steem and Steem Power tokens cannot get together, hire a law firm, and sue Steemit, which is kind of different than owning regular stocks in US. This was a clause in their terms of service that you agree to when signing up to the platform.

After all the pro and contra arguments, here is an opportunity coming up for Steemit. 2020 US Presidential election. If Steemit can gather enough steam in 2018 and 2019, 2020 can be a big opportunity for Steemit.

Supporters of both candidates might pour cash into Steemit to buy influence and support their candidates. Not only the big corporations, but also individuals could buy influence on Steemit.

Unlike official campaign donations, individuals and organizations from all over the world could purchase influence on Steemit to influence the presidential election.

Of course all of this is subject to Steemit having sufficient traction, not imploding, or not being eliminated by big competitors by then.

There are three investment options that I can see.

You can earn Steem Power by participating on their platform, writing posts, commenting, and upvoting. This is not something I’m enthusiastic about at the moment. My preferred social platform is Medium at the moment.

This is the liquid base currency that you can sell any time you want, that has 9.5% inflation rate at this moment. It doesn’t bring in any dividends or influence. Its only advantage is that it is liquid.

I already have a game plan for Bitcoin in 2018. My game plan is increasing my Bitcoin holdings from 3% of my savings to 5% in 12 instalments over 12 months. Now that Steem enters this picture, I’m not interested in increasing that 5% ceiling.

In other words, if I would invest in Steem, I would only invest by selling Bitcoins and diverting some of those 12 instalments to Steem, at most four of them.

I’m not 100% convinced of Steemit though. A significant increase in traction in user engagement, increased quality and quantity of content, or a significant decrease in the price of Steem could motivate me to invest.

On the other hand, I have skipped Ripple in the past and its price increased tenfold after I sold it. So, I’m kind of in the middle on this one.

If I invest, I’d hold it at least until the peak of the 2020 presidential election campaign to sell.

This post is for information purposes only and not intended to be business or investment advice.